On 26th June we celebrate Armed Forces Day. A special time for commemorating the wonderful servicemen, women, and their families past, present, and future.

For those feeling reflective, we’ve rounded up a few of Duckworth’s non-fiction titles that reveal compelling tales of tribulation, transformation, and triumph within service and combat throughout the 20th century. 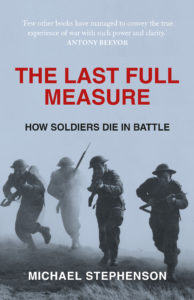 ‘A great achievement of research, perception, and fine writing. Few other books have managed to convey the true experience of war with such power and clarity.’ Antony Beevor

Behind every soldier’s death lies a story, a tale not just of the cold mathematics of the battlefield but of an individual human being who gave his life. What psychological and cultural pressures brought him to his fate? What lies and truths convinced him to march towards his death? Covering warfare from prehistory through the present day, The Last Full Measure tells these soldiers stories, ultimately capturing the experience of war as few books ever have. 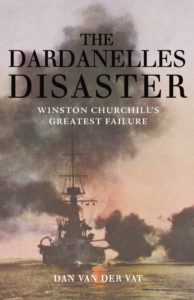 ‘Dan van der Vat has built a powerful reputation as a naval historian. The Dardanelles Disaster is a thundering assessment of a long-forgotten campaign that was a minefield of diplomacy and a failure of deep consequence that paved the way for the Russian revolution.’ Oxford Times

The British Navy’s failed attempt to capture Constantinople and secure a sea route to Russia in 1915 marked a turning point of World War I. Acclaimed naval military historian Dan van der Vat argues that the disaster at the Dardanelles not only prolonged the war for two years and brought Britain to the brink of starvation, but also led to the Russian Revolution and contributed to the rapid destabilisation of the Middle East. With a narrative rich in human drama, ‘The Dardanelles Disaster’ highlights the diplomatic clashes from Whitehall to the Hellespont, Berlin to Constantinople, and St Petersburg to the Bosporus. Van der Vat analyzes then-First Lord of the Admiralty Winston Churchill’s response to the obstacles he faced and describes the fateful actions of the Turkish, German, and British governments throughout the Gallipoli Campaign. With detailed analysis of the battle’s events and never-before-published information on the German navy’s mine-laying operations, ‘The Dardanelles Disaster’ tells a forgotten story from a fresh viewpoint, shedding light on one of World War I’s most pivotal moments – and in particular on one avoidable and monumental blunder. 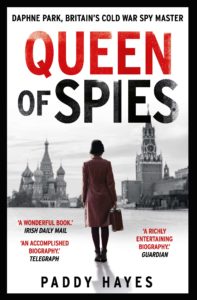 ‘Dame Daphne’s story leaves us wondering about reality as seen through the eyes of a spy; and about how far spy work affected that reality.’ The Spectator

The only biography of Britain’s celebrated female spy – now fully updated with previously classified materials. From being raised in a Tanzanian shack, to attaining MI6’s most senior operational rank, Daphne Park led a highly unusual life. Drawing on first-hand accounts of intelligence workers close to agent Park, Hayes reveals how she rose in a male-dominated world to become Britain’s Cold War spy master. With intimate, nail-biting details Queen of Spies captures both the paranoia and on-the-ground realities of intelligence work from the Second World War to the Cold War, and the life of Britain’s celebrated female spy. 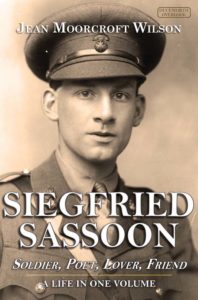 ‘A tour de force..one of the finest critical biographies of our time and an  important addition to understanding the impact of the Great War.’ Gladys Mary Coles, Friends of the Dymock Poets Newlsetter

Hailed as “invaluable” by the Times and “thorough and perceptive” by the Observer, Siegfried Sassoon encompasses the poet’s complete life and works, from his patriotic youth that led him to the frontline, and flamboyant love affairs. This single-volume opus also includes never-before-published poems that have only just come to light through the author’s work. With over a decade’s research and unparalleled access to Sassoon’s private correspondence, Wilson presents the complete portrait, both elegant and heartfelt, of an extraordinary man, and an extraordinary poet.