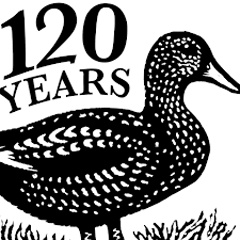 Prelude Books has acquired the majority of the publishing assets of Duckworth.

Prelude will take over publication of the substantial portion of Duckworth titles effective immediately as part of the acquisition. Duckworth will become an important and growing imprint of Prelude Books, adding to existing nonfiction imprint Prelude and sitting alongside rapidly expanding humorous fiction imprint Farrago.

Matt Casbourne will also join Prelude Books from Duckworth as Head of Trade Sales, reporting to Publisher Pete Duncan. The imprint’s operations will continue in its current Shoreditch office for the short term before transferring to Prelude’s office in Richmond.

Founded in 2016, Prelude Books combines leading-edge digital marketing for its fiction imprint Farrago (‘fiction to make you smile’) with traditional trade representation for its nonfiction. It also represents The School of Life to the book trade.

Pete Duncan said: ‘We are thrilled to welcome Duckworth to Prelude Books, and I am especially pleased that Matt Casbourne will play an enlarged role in championing the list to the trade. We aim to grow the nonfiction in particular. Peter Mayer did so much for UK publishing, before building the present-day Duckworth list, that it feels an honour to be in this position.’

Tracy Carns, Abrams Associate Publisher and director of Duckworth said: “Peter Mayer and I were so pleased and proud to be indie publishers in the UK. Owning Duckworth allowed us to work with colleagues, authors, and agents here as part of the UK publishing scene, which we both love. And for Peter it marked a happy return to the place where he made such an enduring mark as the head of Penguin. With an august company like Duckworth, ownership is sometimes stewardship, so I’m now, along with Liese Mayer, pleased to pass the baton to Pete Duncan and Prelude, as they take Duckworth into what is sure to be an exciting future.” 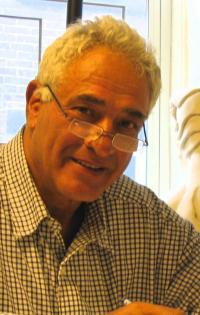 With heavy hearts, we announce that legendary book publisher Peter Mayer, president of The Overlook Press and Duckworth Publishers, has died at the age of 82. He passed away this morning, May 11th, from complications relating to amyloidosis. Peter died at his home in SoHo, in the company of friends and family.

Peter was a larger-than-life character, an editor of great passion and insight, as well as a deeply loving father, grandfather and friend. Over his legendary, six-decade career in book publishing—which included nineteen years spent as the CEO of Penguin Books—Peter had a profound influence on several generations of authors and publishers, a legacy that is sure to endure. But perhaps his most beloved publishing project was The Overlook Press, the independent publisher that he founded with his father, Alfred Mayer, and ran for nearly fifty years. Though he had the tough business acumen to helm multinational companies, Peter was a deeply curious and profoundly cultured man, who always had a story to share and a lesson to impart. His passing is a huge loss to the publishing industry as a whole, and we will miss him terribly.

The Overlook Press and Duckworth Publishers, May 11, 2018