A.J. West was born in Buckinghamshire and not very comprehensively educated at a comprehensive school in Newport Pagnell. Growing up, his teacher parents read him stories by Blyton, Milne, Dahl, Lewis, Lawrence and Graham and he found a passion for old-fashioned tales that mixed fear and fun. He went on to study English Literature at university in Preston, Lancashire before graduating to become a radio and television producer, news presenter and journalist at the BBC in London and Northern Ireland, where his fascination with William Jackson Crawford’s story began. After a characteristically strange twist in events he became a television personality, appearing on the Big Brother TV show before embarking on a new career as a PR and communications director. During this time, he has written for national newspapers and appeared on network current affairs programmes on radio and television. 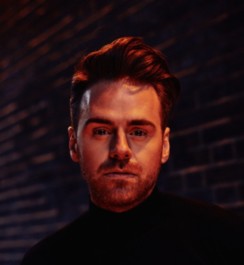