Andy Scott has greeted people in over 60 countries. He originally trained as a historian, gaining a PhD from Cambridge University and holding visiting fellowships at Yale University, before joining the Prime Minister’s Strategy Unit in 2009, where he worked on a range of domestic and international projects. He has since served as a diplomat in Libya and Sudan, and acted as a consultant to the UN Office for the Coordination of Humanitarian Affairs. He is currently a Conflict and Stabilisation Adviser in the UK Government’s Stabilisation Unit. He lives in London, but still calls a small village in Suffolk home. 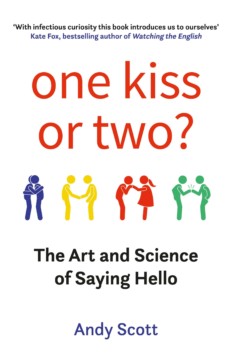 One Kiss or Two?