Anil Ananthaswamy is an award-winning journalist and former deputy news editor and staff writer at New Scientist. He has also written for Nature, Scientific American, Discover, Quanta and the Literary Review. He won the Book of the Year award from Physics World (2010), the best investigative journalism award from the Association of British Science Writers (2013) and was longlisted for the Pen/E. O. Wilson Literary Science Writing Award (2016). He is currently a Knight Science Journalism Fellow at MIT. 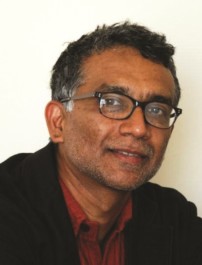