Annelise Freisenbruch received her PhD in Classics from Cambridge University. She has worked as a researcher for the BBC and has appeared in documentaries about ancient Rome for PBS and CNN. Her first non-fiction book, The First Ladies of Rome: The Women Behind the Caesars, was published to much critical acclaim and has been translated into eight languages. Rivals of the Republic is her first novel. 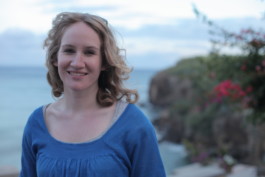