George Zaidan is a science communicator, television and web host, and producer. He created National Geographic’s webseries Ingredients, and he cowrote and directed MIT’s webseries Science Out Loud. His work has been featured in The New York Times, Forbes, The Boston Globe, National Geographic Magazine, NPR’s The Salt, NBC’s Cosmic Log, Science, Business Insider, and Gizmodo. He is currently executive producer at the American Chemical Society. Ingredients is his first book. 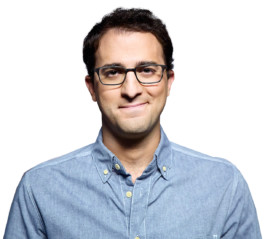