Priya Satia is a professor of British History at Stanford University. She is the author of Spies in Arabia: The Great War and the Cultural Foundations of Britain’s Covert Empire in the Middle East published by OUP and her writing has appeared in the TLS, Slate, the Financial Times and Huffington Post, among other publications. She received a MSc in Development Studies (Economics) at the London School of Economics and a PhD in History at the University of California, Berkeley. 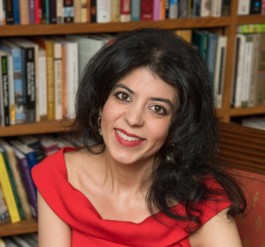