Victoria Glendinning is a British biographer, critic, broadcaster and novelist. Born in Sheffield and educated at Oxford where she studied modern languages, she later worked for The TLS. She is an Honorary Vice-President of English PEN, winner of the James Tait Black Memorial Prize, was appointed a CBE in 1998, is the twice winner of the Whitbread Biography award and Vice-President of the Royal Society of Literature. A regular contributor of articles and reviews to various UK newspapers and magazines, she is also the author of three widely acclaimed novels: The Grown-Ups, Electricity, and Flight. 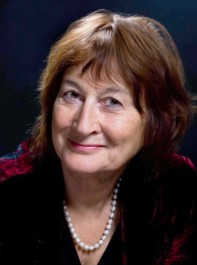